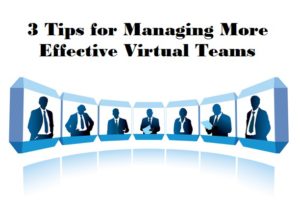 Teamwork is still defined as the coordinated activities of a cohesive group who contribute diverse skills and resources to accomplish a compelling common goal , but throughout corporate world, the nature of teams has experienced a change.

Organizations have become stretched through geographic and technological expansion.

According to recent estimates from the Telework Research Network, telecommuting grew by over 70 percent between 2005 & 2011 – and based on existing trends, the number of virtual or telecommuting workers will expand to almost five million by 2016.

Today, team members may work together on the same project but be in different time zones, working in different divisions, and even reporting to different bosses.  Whether as a project team working on a specific task, or as an executive management team with a responsibility to maintain cohesion, there is a definite need for team building and inspiring more effective teamwork and relationships.

And while technology has provided the tools for expansion and successful completion of tasks from remote locations, it is important to note that the isolation it allows is also a significant threat to effective teamwork.

As Michael Schrage writes in No More Teams, “The real basic structure of the workplace is the relationship.”

It is the job of virtual management to ensure that those necessary relationships amongst the team, no matter how geographically distant, are supported and maintained.

This is not a simple order – and history offers us a cautionary example of the dangers that expansion and distance create.  Consider the Roman Empire…

In 27 BC, Augustus became the first and perhaps the greatest of the Roman Emperors.  He acted as head of the military, and used that power to expand the empire into Spain, Egypt, and elsewhere.  Because of that expansion, Augustus created the cursus publicus – a courier service used to transport messages and tax monies from one part of the empire to another.

Trajan followed Augustus, and ruled during what was an even more expansive period.  Trajan’s rule established a Roman Empire that stretched from Britain in the west all the way to Syria in the east.  And all of this without phones and without the internet!

Hadrian, who ruled beginning in 117 AD, built a huge wall and sought to maintain rather than increase their empire – but the territory was already vast and difficult to control.  The real shortcoming was in the inability to communicate effectively with any kind of virtual management.  The vast distance created problems.  People who needed approval or support were often hesitant to act without the proper authority or information, and their delayed responses sometimes had tragic consequences.

The lesson, of course, is not that you should consider wearing a toga or seek to protect your empire by building a huge wall like Hadrian did.  The take-away is that, without effective and consistent communication channels to share information and maintain relationships, distance will eventually and inevitably weaken your organizational teamwork.

Technology makes the sharing of information much easier today than it was during the Roman Empire.  But relationship maintenance is a different story – and it is your job to ensure that your company culture and a sense of cohesiveness amongst your staff is preserved, however distant they may be.

This is further verified by a recent report released by RW3 LLC, which is a cultural training service.

They found that 46 percent of people working on virtual teams had never even met their virtual teammates, and 30 percent admitted that they had not met more than once each year. The report, The Challenges of Working in Virtual Teams, was put together with information gained by surveying nearly 30,000 employees from various international companies.

Among other things, the survey found that:

–       94% felt the greatest challenge for virtual teams was an inability to read nonverbal cues.

–       85% felt there was an absence of collegiality among virtual team members.

–       73% felt that managing conflict was more challenging on virtual teams

…and, perhaps most importantly,

So how do YOU keep your empire from deteriorating due to the problems of distance?

Here are three tips for the effective management and support of virtual teams:

Virtual management is all about shifting your focus from daily face to face interactions (which would be ideal, but impossible) to occasional cyber-interactions.  Collaboration is STILL an imperative, but will not be something that you can facilitate with everyone sitting in the same room, in person.  Meetings, however you host them, will always need to include opportunities for your team to interact.  Your people need to know more than just information – they need to know personality types and cultural backgrounds and who in the group uses sarcasm.

Don’t just broadcast information over emails or dominate the microphone in a virtual meeting – allow and invite others to share their ideas and perspectives.   Virtual teams need to collaborate and share their creative ideas and questions and personal lives just as much as other healthy teams would.  You cannot take the temperature of your team if you do not let them open their mouths!

Remember – it isn’t just about PowerPoint slides or dictating information… virtual teams need to share input and insights.  Make your meetings more about people and participation than pure presentation of material.

Virtual teams need a different set of tools to be successful – and as the saying goes, “the right tool makes any job easy.”  So what tools are available to help you in maintaining your corporate culture or building virtual team relationships?

You will need to provide warm touches to the technology that is required.  Instead of just creating a yammer account (a private social network for your company), send a gift card and buy them the coffee that they will be drinking during the meeting.

Instead of just sharing excel files and quarterly budget charts, send occasional pictures of people and daily office fun to remind your virtual team of who they are working with.

There are a number of tools you can use to make virtual teams more effective, including skype for face time, gotomeeting for webinars, dropbox for file sharing, and basecamp or Milanote or Slack for project management – but ultimately you will want to include reminders of togetherness and warmth with whatever technology you choose.

Establish early on what rules you will use for email correspondence, such as what are acceptable response times, who should be copied on correspondences between teammates.  Email will continue to be a valuable and efficient form of communication, but meetings must still be held to keep people plugged in.

Virtual teams require management to also consider how to give people a sense of who is “present” at meetings, how you will help every person in the meeting to be heard, how you can facilitate engaging conversations about the topics on your plate, and how to still keep things focused and reach eventual closure.

Yes, your virtual meetings should still have a tentative agenda.  But you will want to facilitate the meeting with an acute awareness of possible communication breakdowns.

Often, it is not technology that inhibits clear communication – it is an assumption or a vague statement that goes without clarification that leads to misconceptions.

Part of that is a lack of awareness that can be avoided if teammates get a chance to know the other people and personalities on the team.  You may also find it helpful to work on producing relevant metaphors or mental maps for participants to refer to…

Obviously the ideal is to bring your people together to spend quality face to face time and build relationships as often as possible.

Kick off your distance-projects with an in-person meeting to allow your stakeholders to establish rapport and learn about team personality types.

Have them enjoy a half day of scavenger hunt fun or a nice dinner together where they have a chance to talk and appreciate each individuals backgrounds and talents.

The reality is that culture trumps strategy – and on virtual teams, perceptions will create the culture that your team will operate in.  Virtual teammates need to have more information about the other team members to be more effective in shaping positive perceptions.

The team building activities and creative interactions you help to organize for them are opportunities to build the trust that will later act as a filter that each teammate’s behaviors and work product is interpreted through.

And once you have placed faces and personalities with the names and contributions that your team will be depending upon, be sure to focus on the three tips I shared above…

Your main role as virtual management may honestly be to remind them of the culture and the cause that they are a part of.  Be sure they have a clear sense of the bigger picture and appreciate the backgrounds and personalities and desires and challenges of their virtual teammates.

Find ways for your virtual team to interact and learn about each other, and then sprinkle the most important aspects of your corporate culture into those events.

It may take a bit more creative thinking or effort, but will pay huge dividends in your people’s emotional investment, cohesiveness, and ultimately the quality of work they produce.

**This article is also shared in SOLD Sales Executives Magazine –

you can visit their site for even more useful information to lead your team!