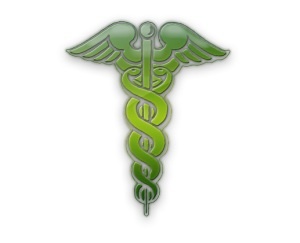 You may not be a doctor, but I expect you are able to recognize and diagnose the obvious symptoms of discouragement as easily as a doctor can spot chicken pox.

It starts with something seemingly innocuous – like heavy sighs or a drooping chin, and then progresses as it grows inside the victim to include symptoms like shrugging shoulders and lack of energy, then may eventually reach the full blown stage where there are negative comments, despondency, and finally, quitting on their goals.

Whether it is you or someone on your team, it is important to act fast. Like any other communicable disease,discouragement can have terribly damaging effects and it can spread quickly if not treated.

Discouragement is particularly dangerous, because it affects the carrier in ways that contribute to the carrier’s becoming more discouraged!

Team discouragement makes people move slower and give less effort, basically feeding upon itself to produce unproductive thoughts and symptoms that lead to diminished productivity in the professional world or reduced playing time in athletics.

But it doesn’t matter if you are infected, or if you are trying to quarantine those who you fear may spread the illness to others – the cure is the same, and is easier than you might think when dealing with the disease and its symptoms.

It certainly doesn’t require drugs, needles, or anything as lengthy as the series of painful injections for curing rabies… but it does demand a two step process – R & R.

But not rest and relaxation – that may actually exacerbate the situation!

Nope – the R & R you need to provide is Refocusing and Reminders.

First, refocus the stricken individual’s attention on the goals he or she has been working toward – sometimes a simple refocusing of purpose and vision is all it takes to kill off the disease of discouragement.

And finally, remind the person that they will feel better when they do better… because feeling always follows our actions.

Think about the patient’s situation as being on a long stretch of road. If the patient looks one way, he sees all the positive and enjoyable and inspiring things that will provide encouragement for his continued efforts, but down the other direction is all the negative and discouraging things that inspire fear and doubt.

The trick is to stand beside the patient and help him or her look in and begin to walk in the right direction. Because what we focus on, we move toward – and the further we go down that road, the more influenced we are by what we see there.

Discouragement is the a lack of faith resulting from a perceived absence of success, and even though the sufferer may be at the brink of victory, discouragement may have affected his or her vision to only allow them to see the negative and focus on the problems or failures of the past.

Your job, as physician to the afflicted, is to provide high doses of R & R, and simply repeat as necessary until the sickness has passed.

Remember that we are all susceptible, and likely have all battled through at least a minor case of it at some point.

Take the time to provide your team with opportuntities to refocus on their goals and remind them of the positive things waiting down the hopeful and grateful road of attention.  A teambuilding event or entertaining keynote speaker, to break the monotony and energize your people, may be just what the doctor ordered…

That discouragement will clear up almost immediately, and will be replaced by the full-speed and enthusiastic performance you know are possible!