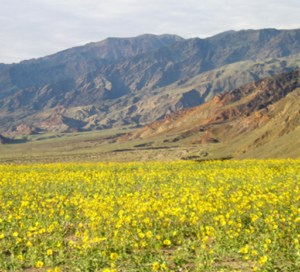 Rather than traditional “command and control” style of leadership, Sir Ken Robinson, during a recent TED talk, shared that effective leaders should focus instead on “climate control.”

I felt that was tremendously insightful, as leadership styles determine the culture of most organizations.

Throughout this blog I have explained how command and control leadership can often lead to problems with morale and employee engagement.  Teamwork and collaboration require that leadership acknowledges and takes action based upon the three keys that inspire employee ownership.

Command and control leaders limit engagement and commitment in their people and neglect important issues like consistent and clear communications or the need to connect and contribute ideas or efforts and see their piece of the bigger picture.

Command and control makes the false assumption that one person knows best or has all the answers and relevant information – and for any organization, that can be dangerous.

Instead of creating a culture of command and control, more confident and experienced leaders recognize the power of climate control.  A more productive climate, that engages employees and creates a greater feeling of investment and interaction among all staff, will focus on connecting and collaborating.

Has your office has become a desert of individual efforts and poor communication?

If your people have become apathetic or disconnected, perhaps the answer is not found in barking out more stern commands or issuing more severe consequences.  Sometimes that answer to your team’s issues can be found in adjusting the climate.

Instead of command and control, recognize the power of climate control.

The climate of your organization – the environment they work in – can have a drastic impact on their effort and ultimately the quality of results you get!

Are you familiar with Death Valley?

Death Valley is part of the Mojave Desert, located in Eastern California. It is the lowest and driest area in North America, with temperatures that have been recorded at over 130 degrees, and it receives an average of less than two inches of rain each year.

In 2004, though, something interesting occurred.  The winter 2004 rainfall in Death Valley was nearly 300% greater than average, dropping almost 7 inches of rain over a few short months annual rainfall.

The result of that rain was an awesome display of wild flowers.

The flowers sprouted from seeds that had developed coatings so thick that they can hibernate for decades. It was the heavy rains that coaxed them to grow.

The seeds were always there – just below surface.

They needed a better environment – the right climate – to grow and bloom.

And your commitment to providing them opportunities to contribute, connect, and collaborate are just like the rain was to the barren ground in Death Valley.  A different climate produced new life, and, for a time, splashes of color replaced the desolate expanse of desert.

But just like Death Valley, when the rain stopped falling consistently, the flowers eventually went away as well.  You decision to change the climate in your organization cannot be a one-time and isolated event.  Urgency of purpose demands a consistency of effort.

Death Valley was transformed by what has since been referred to as the ‘Hundred Year Bloom”.  You can be sure that the flowers that bloomed in 2005 have left their seeds resting just below the surface –waiting to be drawn out by the next heavy downpour of rain.

If you are interested in awakening the dormant seeds in your organization with a powerful bonding experience that will inspire both laughter and lasting insights – contact me to discuss how an Atlanta team building event can begin to change the climate in your organization.

What rain will you deliver to your organization?

How isolated will your efforts be to change the culture?