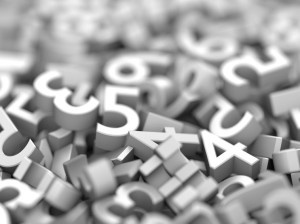 I was reminded of an important technique you can use to motivate your team while talking with my son about the basketball camp he attended this week.

One of the things that makes him a good player is intrinsic motivation – he practices on his own because he just enjoys getting better.  He doesn’t do it because dad offers him milkshakes or other extrinsic rewards.

Now, there is NOTHING WRONG with sharing rewards and celebrating individual or team performances… what gets rewarded often gets repeated… but if the external reward is the only motivation, study after study has shown that the effect will soon wear off and provide only diminishing returns.

The motivational technique I am sharing today is something that applies to basketball, to business, to education, to medicine, and to virtually any industry where people can be inspired to give more effort and focus to their jobs.

It is terrific to have high-performers who are intrinsically motivated… but there is an idea that will not only inspire your thoroughbreds to push themselves, but will also help to stimulate your average Joes and Jills to push themselves!

You can motivate your team with numbers.

At my son’s basketball camp, the staff had identified 6-8 different drills that were important to player improvement – and had the kids working on the drills for a set amount of time.

Whether it was 45 seconds or a minute, the athletes would COUNT how many times their partner was able to successfully complete the activity in the time allotted.

But what was MOST effective is that the camp staff had POSTED THE CAMP RECORDS on the gym walls – so every athlete had a target to work toward.  There were even different target numbers for each drill based upon the player’s ages – so young athletes were not intimidated by an unreachable number that had been achieved by a high school athlete!

The problem in athletics (and often in business or other fields) is that too many people show up and only go through the motions instead of getting excited to overachieve and accomplish something special.

A leaderboard of key numbers that are important to your team can be inspiring!

When one of the athletes tied or broke the basketball camp record, the entire group of campers heard about it and participated in celebrating the accomplishment.  That is recognition – and that absolutely drives engagement and connections!

So how is this relevant to YOU and YOUR TEAM?

Well – think about it.  Your organization has numbers and metrics that need to be hit in order for your team to be successful.  Can you break those numbers down into 6-8 categories that you could measure over relatively short periods of time and post in your break room?

Do you have your team’s important numbers posted as a silent and encouraging motivator for your high performers, and your average Joes and Jills, to aim at?

And many people also crave a challenge.  Sometimes the same people that today seem unmotivated would be stirred to work toward tying or beating a target number in an area they feel capable of hitting.

Could you turn your break room or hallway into a silent and powerful reminder / motivator for improved effort and performance?

My son had a great week at camp, and ended up breaking one of the camp records by the end of the week… mainly because each day he showed up and saw the leaderboard and convinced himself it was something he could do if he worked a little harder.

There is a quote in the New York Times in 1923 by George Mallory that helps to explain the motivating effect that posting and updating weekly or monthly numbers can have.

If it wasn’t there, Mallory would never have been motivated to climb it… and it is the same with numbers that are relevant to your team.

If you are looking for an energizing motivational teamwork keynote, Sean can deliver a message that is customized to your audience.

You can also follow Sean on twitter or connect on LinkedIn for additional information, quotes, and helpful teamwork resources…