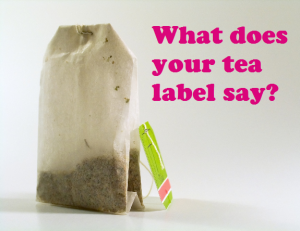 You have likely heard for years the mantra that “you are what you eat.”

I would suggest that it is more accurate to say that you are what you DRINK.

Your team will succeed or fail based upon what is in the “Kool-Aid” being served, and how many are drinking it consistently.  If individuals on your team lack commitment, or do not seem interested in collaborating and contributing, it is likely because they are not “consumed” with the same compelling goal or cultural standards that you want them to internalize.

So if you want to change your team, get them all drinking the flavor of tea that they need!

Tea is becoming more popular every year for a variety of reasons.

According to a 2013 report by Fox News, drinking tea offers a number of benefits –

–          Tea contains antioxidants, which may trigger weight loss by stimulating the body to burn calories and decreasing body fat, especially in the abdominal area

–          Tea was associated with a more than 50 percent reduction in severe atherosclerosis (hardening and narrowing of the arteries) in women who drank 1 to 2 cups a day.

–          Because tea has less caffeine than coffee, it is NOT considered a diuretic.  The British Dietetic Association says that tea can be used to supplement normal water consumption.

–          Tea doesn’t have any calories, unless you add sweetener or milk. Green tea has even been shown to increase metabolic rates so that you can burn calories by drinking it!

Interestingly, every type of tea is produced from the same plant, called Camellia Sinensis. The many thousands of varieties of teas available only vary according to the region where it was grown, the time it is picked, and the way it is processed

Of course, drinking the WRONG variety or flavor of tea can have damaging effects:

Athletic Teams often underperform when they are too consumed with CelebriTEA.

Corporate Teams often underperform if they focus too much on ProfitabliTEA.

Think for a moment – what “harmful” flavor of tea have some people on your team have been drinking too much of?

So, if there was a label on the tea bag that your teammates have been dipping into their water, what would it say?

Make a list of the harmful flavors of tea your team is drinking now:

Now, if you could replace those harmful flavors of tea with more beneficial varieties, what type of tea would be printed on the new and improved labels?

Again, be creative… what tea does your team need more of?

Just taking the time to acknowledge what flavor of tea your team is drinking will help your people become more aware of how they are impacting team productivity.

More importantly, identifying the specific variety of tea that your team needs to drink more of will encourage them to do exactly that… and once everyone is drinking the same flavor and enjoying its benefits, your team will see tremendous results.

If you are looking for conference ideas or planning a group event in the future, consider a team building speaker to help inspire your people with interactive message.  Paired and whole group activities will allow them to laugh while they learn and grow as leaders who drink better tea!

One thought on “What Flavor of Tea Does Your Team Need to Drink?”