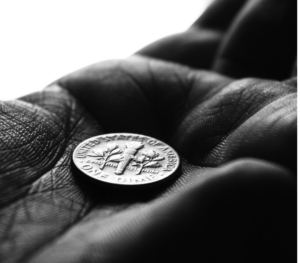 This is a parable that shares an important secret for leading and developing team performance.

I hope you enjoy the story, and encourage you to share it with your team leaders…

Steve was struggling to find answers. He was concerned that his people were not performing well.

Steve had spent hours each week locked away in his office poring over data to try and decipher where the problem was – but even after all his reading and research, the ideas he tried had not had an impact on the company’s bottom line.

Thinking it might be a morale issue, Steve requested more money from corporate to motivate them with rewards and incentives, but he still didn’t see improvement… turned out that compensation wasn’t the answer.

Next, Steve even considered bringing in an expensive consulting firm to get help with improving the organization’s strategy.

But before he made THAT call, he decided to ask for some advice.

Exasperated, Steve went to visit his uncle, who was living in a nursing home.

Uncle Louie had been a pretty successful businessman in his day, and Steve had no other ideas left.

Then he slowly nodded and reached into his pants pocket to pull out an old dime.

Louie explained that he had been successful in business because of that magical dime his boss had given him when he had been frustrated with low productivity – and it had made all the difference.

Uncle Louie said that when he carried with him it always brought good luck and his people seemed more motivated and the business quickly became more profitable when he consistently went to visit different parts of the organization with the dime in his pocket.  But Uncle Louie  also explained, as his boss had decades earlier, that the magic only worked if the dime was moved from one pocket to the other after being in the room at least 10 minutes.

Steve wasn’t sure he believed it at first, but with nothing to lose, he decided to try it.

“You were right,” Steve said.  He reached into his pocket and pulled out the dime that had become shiny from his rubbing and moving it from one pocket to the other.

“I spent at least ten minutes with every part of our business and moved the dime from one pocket to the other before leaving, and I couldn’t believe it, but our profits are up almost 8 percent!”

“Where did you get this dime, did you say?” he asked his uncle, grateful for the magic it had provided.

Then Louie told him the truth.

“Steve, I’m glad you visited me a couple of months ago.  These days, it means a lot to have somebody come spend time with me.”

“Oh, sure, Uncle Louie,” Steve replied.  “It was great to see you.  I just can’t believe the way this dime of yours has changed my life!”

Louie grabbed his hand and held it before he spoke again.

“No, Steve I don’t think you understand.  The people you work with are just like me.”

“Uh huh,” Steve mumbled, waiting for him to continue.

“What your people need,” Uncle Louie said, looking him in his eyes, “is your time and attention and understanding.  You don’t get extraordinary loyalty or effort by sitting in your office away from your people.  You get it by spending time with them.”

“I guess so,” Steve said.  “But this dime is amazing, Uncle Louie!”

“Steve, what I’m telling you is this.  It wasn’t the dime that your people were affected by.  It was your time.   Just those ten minutes.  That was your magic.”

Steve thought a moment about his visits he had made to see the people in his organization.

The first time he went they had seemed surprised and a bit threatened.

But by the end of those ten minutes – and certainly after the second or third time he stopped by without an agenda and without a complaint and without judgement, but just to talk and hear what their challenges were and how their day was going, things started to change.

It wasn’t the dime.  It was his time.

It was time with his people that made him a better manager.

That made them feel more recognized and understood and appreciated and motivated.

So how about you?

Are you and your people investing time in building relationships with each other?

Do your people need a team building event?

What would Uncle Louie think of how you spent your time the last few weeks?