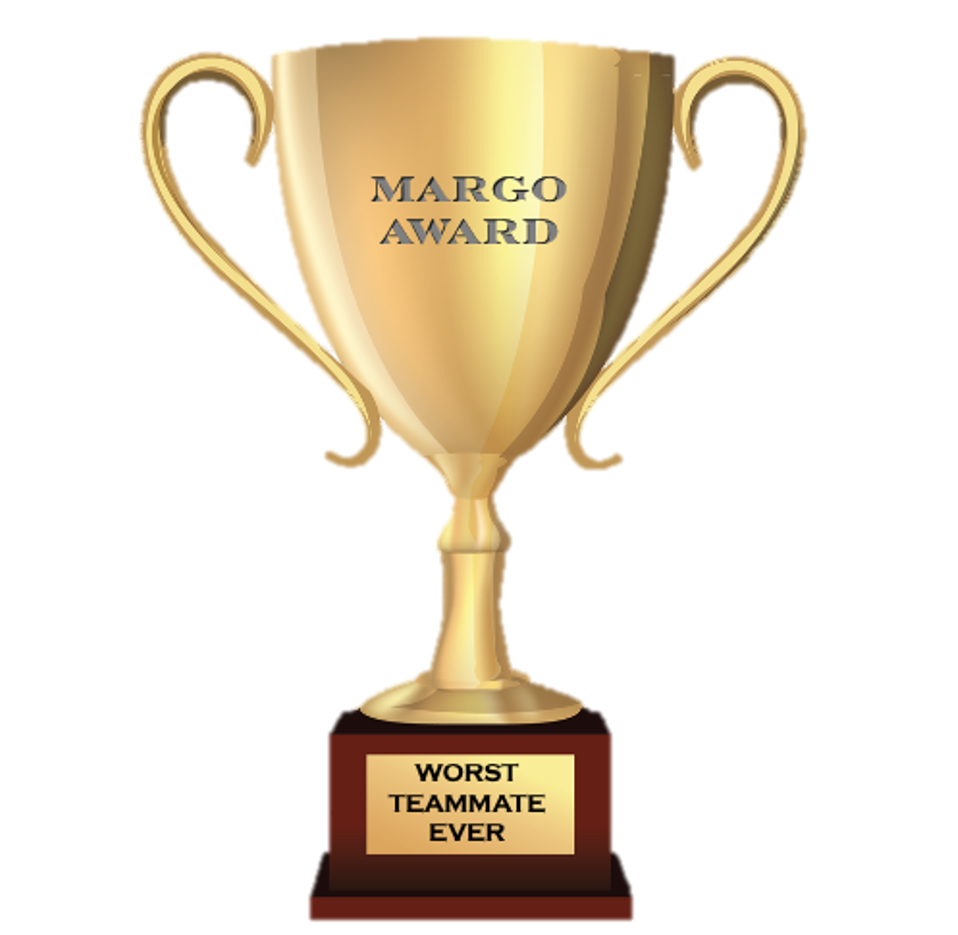 As a team leader, you need to recognize great effort to ensure it is appreciated and emulated.

As a coach, one of the things I learned was that what gets rewarded gets repeated.

So, to motivate our athletes we would give out post-game awards to celebrate the things we wanted our team to value and emphasize…

Here are the AWARDS we gave out to our players:

…We had the “Allstate” award for assists.

…We had the “Green Light” award for shooting

…We had the “Hardhat” award for taken charges.

…And we had the “Windex” award for rebounding.

But something many teams today will do is to give out funny awards for things that their people should NOT be doing.

In basketball, that would be like giving out a “brick” award for the WORST free throw percentage of the season…

In business, that would be like giving out a “MARGO” award…

What is a MARGO award?

Well… It is an award to recognize someone for being,

in one or multiple ways, the worst teammate ever.

Sure, you can share funny office awards for specific behaviors you don’t like…
Remember how “The Office” had Dundie awards?

You could certainly think of a few people who deserve these individual honors:

Human Vulture         for eating everything in office fridge

Debbie Downer        for always finding something depressing to say

But a MARGO is different. It represents “overachieving” in all of the above!

Rather than being a positive and contributing coworker who works hard to demonstrate some or all of the 10 Commandments of Winning Teammates to make your day more pleasant and productive, a MARGO is someone who refuses to consider with EMPATY the welfare of others – and makes your day more painful and problematic, intentionally or not.

The lack of situational awareness or concern that MARGO award winners demonstrate is unbelievable to those who care about and team dynamics and performance.

And the MARGO award is actually based upon the behavior of a person I worked beside. 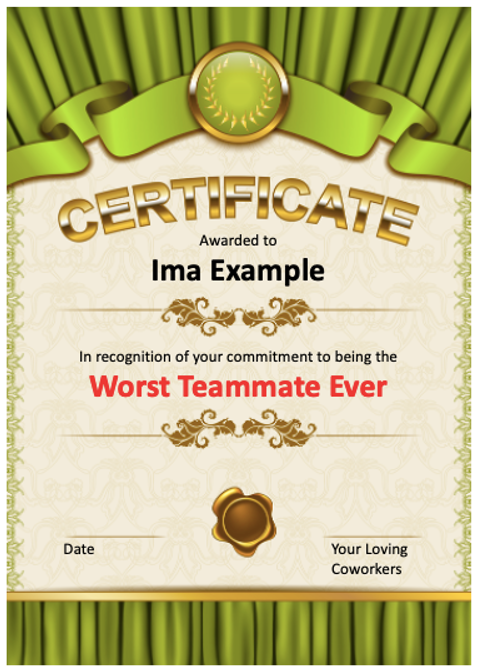 At the time, as a high school teacher and head coach, I was used to having great “team” teachers (For some students, the school would place a special education teacher in the room to assist with student attention, understanding, accountability, etc.)

The best of the special education team teachers I had over the years would often stroll around the class to ensure students were taking notes, or offer to answer any questions, and were helpful with daily tasks like attendance or even teaching certain parts of the course.

She was the first teacher I ever had who walked in, sat down, and found ways to waste time – either on her phone with social media, or online shopping, or even knitting on one occasion. She was inept as a teacher and unable to assist with the content – and was unwilling to move around the room even after multiple requests and encouragements.

As a new teacher at that school, I was amazed that she still had a job – and she was moved to another teacher’s classroom the following semester, as my disdain became toxic after her refusals to do her job.

Turns out, she was an example of what happens when leaders ignore poor performance, and she was moved to a new teacher each of the three years I was at that school.

But ultimately she was a valuable experience – for as a sandpaper person she helped to make me more aware of my own reactions and responsibilities.

But her name is now infamous – as the worst teammate I ever had. She was driven by no purpose, she was not connected relationally to her coworkers. And she became the best example I can imagine of what YOU never want to be seen as on your team.

Winning Teammates strive to make things better for those around them

They take the initiative to see a need and fill it.

They claim responsibility for team results.

Funny office awards can be a nice diversion – but your success will be the result of intentional and consistent emphasis on (and appreciation of) positive behaviors.

If you want your team to thrive and improve, focus on rewarding what you want to see repeated.

And if you want to do a better job at team recognition – or with any of the FIVE essential ingredients of leading a team – consider investing in the Rapid Teamwork Masterclass on Building Team Culture.

It is a comprehensive step-by-step system of video lessons and activities for team leaders to implement in order to build a more positive and productive, team culture!

You can take a step to improve your team and maximize the positive impact you have by watching the “fix your broken team culture” webinar HERE. 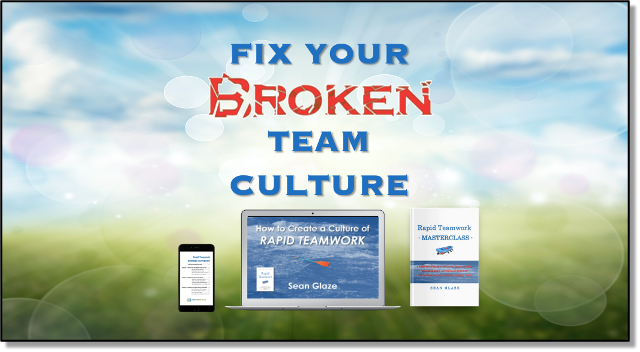