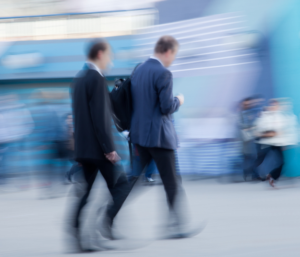 This is true not just for leaders, but for communication between teammates as well.

The more intentional you can be about ensuring your message is received, understood, and acted upon the more success your team will enjoy.  Still, the reality is that every organization struggles at times to do this, and it can have dangerous consequences.

Imagine the following situation and how it might be similar to interactions on your team:

Steve meets a teammate in the hallway and shares the following comment:

“Hey Louie, I think it’d be terrific if we could get those papers over to Suzy.  She needs them to bill the client, and I do not want her saying it was our department that dropped the ball.”

That could be a problem.

No, there is not a problem with the papers themselves (although it is likely that Suzy won’t be getting them anytime soon).

The problem is that Steve has been very poor in communicating with his teammate – and has done a horrible job of sharing clear expectations, which is a vital part of successful teamwork.

Steve has assumed that his teammate is clairvoyant instead of being incredibly clear about the specifics of what he wants done and when it needs to be done.

He was not clear in explaining to Louie that a) he is asking for help, b) he needs Louie to go and find the papers and deliver them to Suzy, and c) it specifically needs to be done by lunchtime the next day.

Steve, like many of the people on teams you may be working with, leaves with a faulty assumption that what he was thinking is what actually got said, and he doesn’t realize that vague comments are not understood the way he may have intended them.

Louie, after the conversation, probably has no idea that he is the one person that Steve wants to take responsibility for this errand of finding and delivering papers.   Even when he remembers it needs to be done (perhaps after hearing Suzy complain a couple of days later), he will still be bogged down in completing another couple of projects that were identified more clearly as a priority.

After a week has gone by, when Steve learns that Suzy has not received the papers, he will probably make the situation worse when he begins to internally question Louie’s work ethic, commitment, and professionalism.

But the breakdown in productivity is NOT Louie’s mistake.

Steve’s assumptions and vague request are at fault.  And if you are interested in team development, it is vital to address team communication issues.

In fact, one of the most popular activities that groups experience during a day of team building, called “backtalk,” illustrates this issue and helps to emphasize that there are two people responsible for quality communication – the sender and the receiver.

So how do you keep these assumptions and vague conversations from throwing a wrench into your team’s productivity?

There is a reason that George Bernard Shaw wrote that “the single biggest problem in communication is the illusion that it has taken place.”

As a team building facilitator, one of the most significant parts of any event is the debriefing discussion where people share their insights and take-aways.  Regardless of the industry, it is the clarification of needs, roles and perspectives that is the key to improved performance.

When we think of our teammates as dependable or hard working or considerate, it is because they have performed specific actions that meet with our idea of those values look like.

Your values and ideas only exist in our minds.  Implementing team values so that they become realities in your organization requires that those values somehow become translated into defined, performed, and observed behaviors.

Have you shared examples of what the values you emphasize should look like?

Have you clarified your expectations of what successful teamwork, or dependability, or customer service, or hard work, or loyalty are on your team?

In my new book, Rapid Teamwork, you will find that EXPECTATIONS are one of the five ingredients required to build a successful team.  Rapid Teamwork is an entertaining parable that shares a process to Transform Your Group Into a GREAT Team… Fast!

Protect yourself and your team from the consequences of poorly worded requests.

Clear Expectations are a vital part of successful teamwork! 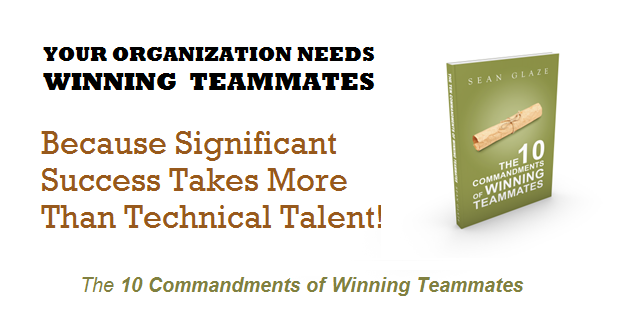