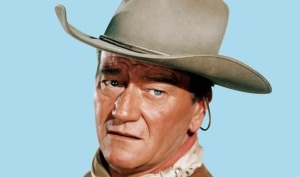 He became an icon of everything that we, as a country, celebrated – bold, strong, courageous, independent, and tough.

But I believe that his BEST movie was one that may be severely under-rated.

In the movie where he played what I would argue is the most impressive character of his career, it is his absence over the last thirty minutes of the movie that truly proves the power and success of his leadership.

In “The Cowboys,” John Wayne trains a motley group of callow young men, most of them still school age boys, to be self-sufficient and to work together even when he was no longer there to lead them.

Not only do they finish the cattle drive by leading and depending upon each other, but they get revenge on those who had harmed their leader as well.

What John Wayne’s character accomplishes in that movie is the essence of true and inspiring leadership.

It is much like being a good parent.  The better job you do, the less you are really needed.  Your job is, in a sense, to work so efficiently and to influence those around you so completely that your job will become obsolete.  I want my children to be independent.

A strong parent – successful parenting – smiles when they become unnecessary.  It is a parent’s job to raise children who will leave the nest, fly without assistance, seek to contribute to something greater than themselves, and become an example of determination and desire to others they influence.

As a coach, my job was to make practice situations harder than games so that when the real bullets started to fly the players were aware of and comfortable enough in their expected roles that could lead each other instead of looking to me on the sidelines.

Your job, as a leader in any area, is likely the same

It is your duty – your calling – to parent and coach and lead those around you so well that you are no longer needed.  The true test of leadership is not what your people do when you are there, but what they do when you are gone.

If you are successful, your team will be able to carry on without you.

A leader’s purpose is to create other leaders who can carry on the fight and internalize our values and our vision and accomplish great things long after leaving our team.

So how does a leader become obsolete?  By replicating him or herself!

Your team is full of leadership candidates who need encouragement and opportunity to grow beyond their current skills, and by sharing your values and then placing them in situations where they must talk and take ownership of some aspect of your organization’s success, you inspire their ability to lead others as well.

Give your people more responsibility and encouragement, and you will see them begin to enjoy the role of leadership themselves.  And by setting an example as a grower of leaders, you influence them to lead in a similar fashion.

Learn why team building is important and how challenges can grow communication skills and inspire initiative and leadership.

A great leader should seek to become obsolete!