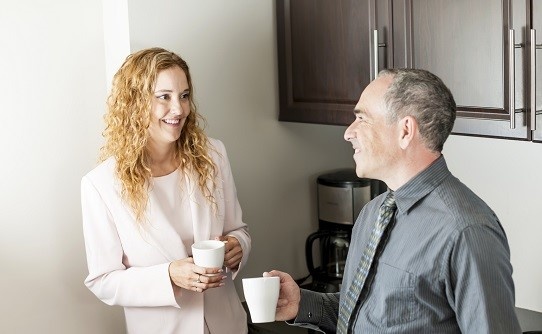 My 8 year old son was playing at the beach last summer with a borrowed skim board.

It took him about an hour to learn how to ride it without tumbling into the shallow surf, but he soon had mastered it and was doing twists and tricks by the end of the afternoon.

The next day, another boy joined him, interested in learning.  So, full of confidence, my son spent most of that second day with his new friend, and the two of them only seemed to leave the shore when required to do so for lunch or another layer of sunscreen.

The most interesting part was what I discovered later that night when our family sat down for dinner.  I inquired about my son’s new friend – the person he had spent hours with throughout the day.

His simple reply was, “we were just playing together, dad!”

And it was tight then I understood, like Harry Chapin suggests in his iconic song, that my son was just like me – “he had grown up just like me.”

I realized that, just like me, my son was completely clueless when it came to the skill of interpersonal relations.  He had played for an entire afternoon without even getting the kid’s name – and he considered the kid a friend!

And it alarmed me to consider how much his behavior emulated my own.

I have worked beside people for years that I had little or no knowledge of, and that ignorance has kept me (and my teams) from enjoying the cohesiveness, camaraderie, and personal growth that a few questions and some sincere interest would have delivered.

My son had grown up assuming that his focus should only be on the TASK, and paid little or no attention at all to the opportunity to build RELATIONSHIPS.

Then I thought of my wife and laughed.

Within the first ten minutes of meeting a stranger, she would know the family history, career, hopes, and perhaps even shoe size of whomever she had met.

My son and I were just different.  We didn’t think about that stuff – we focused on the TASK.

Whether in college or early in my career, my focus was on the THING that came next.

But as a leader, I eventually learned the important role that strong rapport and relationships played in every area of my life.  I was fiercely independent and capable – but something had kept me from accomplishing as much as I could have.

I learned that the many skills and the wealth of information I had acquired about things and procedures were not the only things I should have invested my time and efforts in.

The single most important skill I needed to learn was to ask good questions – and then listen!

Knowledge is power – I was well aware of that.  But I didn’t recognize (until much later than I would like to admit) that the most important thing I could have learned about was the talented and interesting people that surrounded me.

Some of our greatest moments lie hidden in the strangers around us – but it requires our willingness to ask about and appreciate the talents and needs of those we so often take for granted as colleagues to find out how they can enrich and stretch us.

The single greatest skill that any leader can acquire is asking questions of, and then listening attentively to, those people on our team who we depend on to accomplish our goals.

The more you know about the background and challenges and desires of those in your organization, the greater your ability to understand what inspires them.

People that you have built a strong rapport with are much more likely to listen to suggestions without becoming defensive.  But to build that rapport, you must ask questions and listen.  Leadership demands that you be learn about the people you work with and can answer questions like:

All GREAT teams build a web of relationships among themselves – and the leader of any group is not determined by position but by the ability to influence others.  To  lead your team, or to influence any part of it, you must recognize the benefit of simple conversation and bonding activities that provide opportunities to grow closer to those you work with.

The TASK is ultimately what you want to accomplish – but the RELATIONSHIPS are what make the journey more enjoyable, productive and worthwhile.

And whether it is skim boarding at the beach, reaching the top of your conference, or completing a project on time and under budget – the GREAT RESULTS you desire can be achieved most effectively when you focus on this most overlooked leadership skill: ask… and listen.

If you are interested in an engaging business or teacher team building event to create stronger bonds and act as a catalyst for conversations, let me know…

Without strong rapport and relationships, the culture of teamwork you desire will be sabotaged by distance, doubt, and defensiveness.

Make it your goal to inquire about, listen to, and learn from the people you are working beside.

You’ll be glad you did…