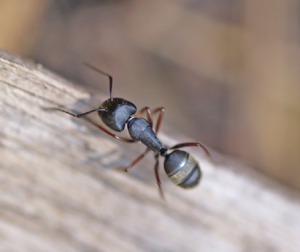 Successful leaders come in many different sizes, and rather than fitting a certain mold, they use their own personal strengths and unique personalities to fill gaps and move people in their organizations.

Leaders must fit their organization’s needs, identify obstacles or distractions to their team’s performance, and find ways to keep people moving in the right direction.  Thankfully, successful leadership is not about becoming like someone else… it is about using your own personal talents and personality to help your team thrive.

Think of leaders in the area of athletics. Both Mike Ditka and Bobby Knight were driven and led with emotion, while Phil Jackson was more cerebral and stoic. Coach Pat Summitt was the epitome of intensity on the sideline, which is in total contrast to Tom Landry’s buttoned-down and poised sideline demeanor.

These differences in coaching styles are likely mirrored in your corporate or educational leadership personalities.  No two leaders are the same, and yet those differences are not obstacles to effective leadership.  They can all be successful and move people to get positive results.

In fact, I would argue that prosperous leaders are authentically themselves and use their unique traits to inspire their people to purposeful action.

There are examples of different but effective leadership styles in most any organization, but perhaps nowhere is there a better example of how different leaders help their teams than in the observed behavior of an ant colony.

Leadership is influence and impact, not just position.  And leaders can come in many shapes and sizes.

How do ants illustrate this?

Back in 2007, scientists from the University of Bristol observed that ants in a colony they had been studying would often use their own bodies to plug holes in the rough terrain.

Their research was published in the Journal of Animal Behavior, and simply described how army ants would use their unique differences to contribute to team.

There was a significant range of sizes in the colony of ants being studied, measuring from as small as 2mm to just over 1cm.

This disparity in size allowed a number of different ants from the colony to “lead” and assist their team in accomplishing the goal of reaching their destination.

The researcher drilled holes of various sizes into planks of wood, and then placed the boards onto the ants’ trails.  What they observed was interesting.

The ants plugged the holes and became a living bridge that allowed their teammates to move more quickly.  According to an article that described this experiment, the ants would gauge and then “size-match themselves to a hole for the best fit.”

Dr. Powell, a biologist from the University, explained that at the end of the day… the ant that forms this motionless plug will… pop out of the hole and run home.”

Isn’t that one of the most important jobs that leaders have – to fill the gaps and remove obstacles that might delay their team’s progress?

This behavior, according to the researchers, significantly “speeded up the route from prey to nest and also increased the daily prey intake.”

And, ultimately, that is what we all want.  Not more prey, of course – but more teamwork and productivity.

Leaders are not one-size-fits-all.

In fact, it is precisely that difference in sizes (or leadership styles or personalities) that makes it possible for teams to cover more ground and navigate unexpected holes in the terrain the ants, or your team, may be travelling.

Leaders are held accountable for their ability to move people, and much of that is determined by their willingness to smooth the course for their team.  This may involve “humbling” themselves at times, or being strong in the midst of adversity, but their ability to fill gaps according to their given strengths are the key to successful leadership.

If your team seems to lack the willingness to lead and “fill the gaps” to help others succeed, perhaps they would benefit from a day of team building for teachers or business groups.

The laughter and lessons from a half or full day of team challenges can have a tremendous influence on team behavior and morale!

If you have questions about team building, take a look at Sean’s FAQ page.

2 thoughts on “Why Leaders, Like Ants, Are Not One-Size-Fits-All”