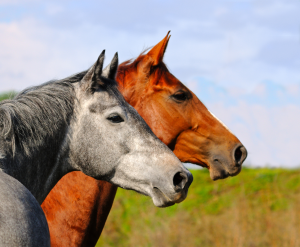 I had just taken over as head coach of a high school basketball program.

From what I had learned prior to taking the job, there were a few talented seniors, and the varsity team had won more than they lost the year before…

But the last coach had not done any off season work for the last four years, and had pretty much let the kids show up late or miss practices without consequence during the previous season –

When I got there, we started with summer practices… and I realized that this was a group who, if they bought in and were willing to be coached, could be really good!

School began in August, and after they had a couple of weeks to get settled into their classes we started with morning skill workouts and I also scheduled to have a trainer come in to work with the top 10 kids two evenings a week.

The first week of that went well.  Everybody was excited to be doing something different.

Then the second week rolled around.

I remember it was a Thursday.  And it was my birthday.

I met the trainer at a Chik-Fil-A and talk about the team and give him some background on what I wanted to focus on during the training sessions.  This was a trainer I was excited to have working with our players, because he made his living training professionals and flew around the country to do it.

As we were leaving the restaurant to go meet the players at the gym, I got two text messages.  Two kids let me know that they had some school work to do and couldn’t make it to training that night.

Now, the training sessions had been on their schedules for weeks, and they could have worked on the project days before or even after the training was over, but that wasn’t their response.

Then I got to the school saw the band was practicing.

And football was practicing.

And I knew that every one of those kids had school work, too!

So I went inside to the gym, to greet the other 8 players that were supposed to be there. And I opened the door… and my son and I turned the corner… and there were 3 kids there.

Not one of them were seniors.

In the gym were two freshmen and a sophomore.

And I hadn’t heard from anybody else that they would be missing.

Five people had neglected to communicate at all about their absence.

Two players had chosen to use school as an excuse instead of finding a way to be there.

And our trainer had just flown in from Miami.

And it was my birthday.

And the message I shared with the 3 kids who DID show up was this:

Your job is to continue to work hard enough that you pass those other players – or infect them with your commitment to get better and compete and accomplish something special instead of just showing up.

Not everybody catches on fire at the same time.

But if you keep working, you will either ignite the others around you – or they will find a way to leave because they can’t stand the heat.

But don’t you dare let anybody else’s lack of work ethic impact your level of commitment and effort.

If you work hard enough, for long enough, others will be inspired and join you!

And I realized something later that night as I was preparing for a conference keynote on being winning teammates that I was scheduled to give two weeks later for a corporate group.

Companies struggle with the same issue.

Every organization struggles with engagement and commitment and effort – and many of them make the mistake of adjusting their standards and expectations to accommodate excuses.

And all that does is de-motivate the ones who were truly on fire.

If you want a dynamic workplace environment, if you truly want t team that is on fire with enthusiasm and excited to be there and get better and be successful, the key is to encourage your thoroughbreds and reward and praise them for their efforts.

…or they get left behind… or sold for glue.

The key Is to maintain a focus on your team goals and the standards that will result in the success you desire.

A willingness to accommodate the excuses of mules does not serve your purpose.  Accepting excuses is the surest way to frustrate those who are truly on fire to accomplish something special.

Nobody was ever set on fire by low expectations.

As a team leader, I realized that I needed to praise and encourage and invest in those who were committed to improving.  High achievers and winning teammates don’t make excuses.

So, as you work with your team…