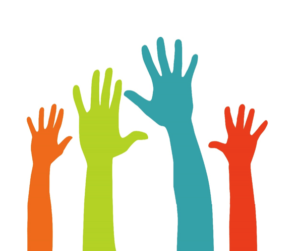 What your people want is not consensus, but honest conversation.

They want to have an opportunity to share their perspective and input.

If you as a leader will invite their contribution of ideas as part of the conversation, and if they feel that the ideas were thoughtfully considered, then most every member of the team will go along with the idea that is ultimately chosen.

People want to be heard.

And the best leaders will learn to ask an incredibly powerful question of the people they work with: “What do YOU think?”

This simple question will do more for the engagement and investment of your team than virtually any other you could imagine – because it values their knowledge and viewpoint.

And for when you DO need to gauge your team’s position on an issue, one of the easiest ways to do so is an activity called “Fist to Five.”

A show of hands is a poor way to measure consensus, and it offers less information than something that is an easy alternative.  Too often, team leaders may ask for a show of hands to check on agreement – but that doesn’t take into account the amount of reservations or enthusiasm they have.

A simple “raise your hands” is not accurate in helping you get a feel for where each of your people truly stand… so “Fist to Five” is a tool you can use to get a more precise reading.

Some team personality types are less willing to share their thoughts, but don’t let their silence lead you to believe that their perspective and opinions are unimportant.

When you have identified an idea that you are interested in checking their thoughts on, ask your group to simply do the following:

Explain that you want them to hold up:

Five fingers for strong support and a willingness to lead the proposal forward.

Four fingers for strong support, and a willingness to work on it.

Three fingers for minimal support, but a willingness to work for it.

One finger for no support.

A Fist for no support and active opposition.

This method of measuring where your team is on an issue is far more accurate than simply raising hands – and often leads to more productive discussions about WHY they feel that way.

But once people have been heard, and once they have felt like their perspectives were weighted and appreciated, they will be far more likely to accept your ultimate decision.

Teammates don’t always get their way – but they do want their say.

Instead of a show of hands, try the “Fist to Five” activity.

And if your team is looking for a speaker to make your next conference more memorable and impactful, consider adding a keynote on teamwork.

Your people will enjoy it enough to hold up all five fingers!

2 thoughts on “Measuring Consensus in Team Meetings and Discussions”