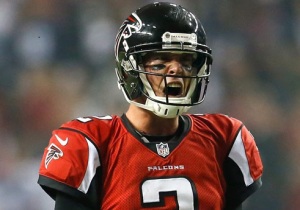 Whether it is heard in athletics, business, or even academics, the notion that nice guys cannot lead or finish first has become commonplace.

Too many people subscribe to the old saying, “nice guys always finish last.”

As quarterback of the Atlanta Falcons, Matt Ryan has become known as a “nice guy,” and that has led a number of football fans in Atlanta to question his ability to lead.

They don’t believe a nice guy can finish first.

Ryan says all the right things and spits out clichés like a machine, no matter how many times he is baited by the media to respond with something controversial or inflammatory.  He has all the necessary mental and physical skills, and work ethic, to be a champion – but there is something about his demeanor that suggests he may not have that edgy, passionate, abrasiveness and determination required to lead his team to a championship.

If you are reading this, you may either consider yourself a nice guy, or you have someone on your team that you think is too nice a guy, and you are possibly questioning your (or his/her) ability to lead your team to success.  You are not the first to consider it a possible flaw, and you certainly won’t be the last, but you can rest assured that being “nice” IS NOT an obstacle to being successful.

The sentiment actually became popular in athletics as early as 1946, when Leo Durocher, the legendary baseball manager, first declared that “nice guys finish last.”  Durocher was manager of the Brooklyn Dodgers ant the time, and was commenting on their struggling crosstown rival New York Giants ball club, who he said were all nice guys… and then continued to say that they were destined to finish last.

But Leo Durocher’s comments were not the first time the word “nice” was interpreted an insult.  The word “nice” is derived originally from the 14th century word “nescire,” which back then meant foolish or silly.  People would say someone was “nice” if they were simple-minded!

But today, much like back then, it can be a dangerous and costly error to mistake niceness for weakness.  The truth is that being “nice,” at least in regards to the word’s definition and usage today as being pleasant, kind, or agreeable in nature, is a tremendous advantage.

Successful teams must have a leader that can communicate with, inspire and demand that his teammates understand and focus on the five traits of all great teams.

Make a list of the last few championship teams from any league, and you will find that every one of them is comprised of hard working teammates who learned to trust and depend on each other and rally around a likeable and charismatic person in their organization.

Success in most any organization is about team motivation and getting the team to the goal line together. One person simply can’t do it all on his own, and therefore people must build bridges and relationships and that requires “nice” behavior.

Teams simply don’t run well with jerks. Successful teams encourage a sense of respect and “niceness” among their members. It allows people to support and encourage each another, because people seldom give their best to someone they don’t like.

Being nice is NOT about being weak. Being nice is about courtesy and composure, but that does not suggest a lack of courage.

Gilbert K. Chesterton once said that “Brave men are all vertebrates; they have their softness on the surface and their toughness in the middle.”  Great team leaders must be courteous, composed, and caring enough to build bridges – but must also be courageous enough to say what needs to be said in order to accomplish what needs to get done.

Team leaders must be willing to be unpopular at times, certainly, but the courage to speak an uncomfortable truth or to demand more effort and execution is not something that fans, or even teammates, need to see very often.  And it is unlikely that those who have criticized Matt Ryan have ever been in the locker room with him after a bad practice or in the huddle with him during a crucial moment of competition to witness that side of his personality.

Being nice means that you do and say what is appropriate to build the relationships and establish the necessary rapport that PROVIDES LEADERS THE CURRENCY OF TRUST to demand and challenge and push others past their comfort zone when it matters most.

The same interpersonal skills that cause some people to question the leadership of Matt Ryan are what actually make him a great leader!  In fact, according to a 2010 study by Cornell University’s School of Industrial and Labor Relations, people who lack strong interpersonal skills – executives or leaders who focus only on numbers and processes but wreak havoc on the people in their organizations – performed badly over all but the very shortest time periods.

Great teams have nice team leaders – who are firm and demanding when the moment requires it.  Yes, it is better to be respected then liked – but being liked and building relationships and trust is a key component to any leader’s effectiveness.

If your team needs to improve the interpersonal or leadership skills of the people you are depending on to succeed, perhaps you should consider the benefits of a full or half-day Atlanta team building event.

Teams perform better when they communicate with and trust each other.  And yes, nice guys can be team leaders (that have a backbone) and finish first!

If you enjoyed this article,you’ll love my book.  Grab a copy here.